How You Age is Up to You 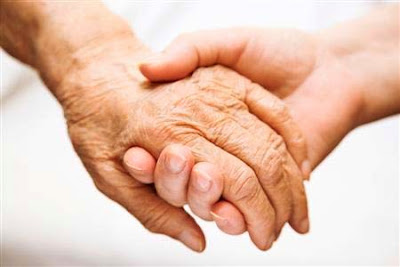 My mother passed away last week at the age of 87. She's the smartest woman I know. A valedictorian in her younger years and a magna cum laude in college, most of what she had done in her life was a product of careful planning and well thought-out execution. And yet, her health became a victim of her faith in what she believed to be the “authorities”. For decades, she had believed in the myths spread by media—that eating fat will make you fat, eggs can cause heart disease, butter clogs arteries, and coffee can stunt your growth. She had taken in all this information with blind faith and led her life accordingly, and thus avoided the fat her brain needed to function well, dodged eggs for fear of raising her cholesterol levels, switched to margarine mistakenly believing it was good for her, and restrained herself from enjoying coffee so her children wouldn't copy the “bad habit”.

And no matter how hectic her days were doing business, charity work and caring for five children and a husband, she made sure to walk a lot and still exercised and did stretches while watching TV; she gardened and went early to bed and was early to rise.

So where did all this lead her in her final years? She had heart disease, diabetes, hypertension, kidney disease and dementia.

Which is why, perhaps, her most unlikely legacy to me is my healthy lifestyle—and my “investigative” approach to my health habits. My mother didn’t have Google in her time; she had no access to forums and communities where ordinary people the world over can share testimonials and anecdotal evidence about health advice, so she went by the filtered and controlled information she got from magazines, news reports, and doctors’ orders. But even doctors make mistakes. One of the biggest mistakes one doctor made was to advise my mother to stop exerting her body. He had said, to paraphrase, “At your age, you should rest! Stop working. You’ve earned it. You deserve to live like a doña now.” And she took his advice to heart. She closed down her business and tapered down on her cooking—even though she loved wowing us with her mouth-watering dishes. When her health began to weaken, instead of assessing her diet, the doctors loaded her with drugs. When her legs became wobbly, rather than encourage her to exercise or do strength training, she was told to accept her condition and get a caregiver. In a span of a few years, she was transformed from a woman full of strength and vitality to someone reclusive, depressed and dependent on others to walk and move around. Even though she used to do a lot of charity work, she gave up all of that, too. In essence, she quit life

Don't get me wrong. I do believe doctors are crucial in our battle against diseases, which is why after seeing she was nowhere near improving, I forced her to see another doctor. What I'm saying is, don't consider them infallible. Listen to your body just as hard as you listen to their advice.

This blog is dedicated to her memory now. In hopes that all the health insights I have gathered in all the years I had cared for her after she had grown weak would help others live longer, stronger, healthier lives. Because the way you live your life, what you eat, and the environment in which you live all come together to determine your future health. Don’t blame it all on the number of birthdays you’ve had. After all, the more candles on the cake, the more chances to fulfill your wishes.

Posted by GreenHearts at 8:56 PM

Comments
Get updates on green-hearted living, straight into your email inbox. The service is FREE!